Superheroine Video Reviews By The Fans!
Forum rules
Create One Thread For Each Video Title.
In the Subject Line, put the title of the video, followed by the production company, or producers name.
Rate the video out of 10 at the bottom of your post.
Your review must be constructive. Tell us why you liked it, or why you didn't.
3 posts • Page 1 of 1

I recently bought this one, and am writing this review for purely selfish reasons - this one pushed the right buttons for me, so I hope it does well and inspires Random to make a sequel/continuation. If this review inspires a couple people to give it a look, that’s great. I have no relation to the movie, Random, etc. My comments here will mostly focus on what I think will appeal to this crowd, with a mention in passing of some (but not all) other highlights for me.

I’ve always admired Random’s special effects work, but at times that was the focus of his stuff, which wasn’t my thing. His works that were just to show off the heroine's strength, while well done, weren't my thing, either. This one is different. The effects enhance the movie instead of being the focus of it. There’s a story here that I liked, with an actress who fit the part. And it feels like a good length, too. There’s also a cute little segment or two that really give the heroine some personality, which invested me in the outcome.

I kind of straddle the line between enjoying girl-power but I also like some peril thrown in to keep things interesting. This movie has that - the effects really sell her as a superheroine, and she gets into some very believable trouble. I think when a movie is about the power of the heroine, any peril carries that much more drama and interest to it, as opposed to movies where the whole thing is about the peril (and the power is just a flimsy setup).

So in this movie, when Mindy Marvel got into a little trouble, I really feel like it was something significant that happened to a powerful character. If you’re looking for an extended scene of the heroine in trouble and trying to show what she’s made of and get out of it, though, the movie doesn’t have that. Maybe in a sequel, as the ending does leave some possibilities open. I found myself half torn between rooting for her to immediately rescue the homeless prisoners, and being taken prisoner herself and having to rise to the challenge. I was invested in her as a character, and would have rushed out to buy a sequel to see what happened. (Without giving anything away, the bio for the film gives a little teaser of what happens in this one: “What if the culprits have more resources than she might expect and are ready for our superheroine to intervene?”)

I should also comment on the drone footage. It’s really good and feels like it fits with the flow of the movie, and made it feel like a "bigger" production.

Most of the movie is shot outdoors, which I really like (although I hope Random doesn't wait for the end of winter to shoot a sequel. I'll settle for indoors footage if necessary).

Anyway, if you like your heroines powerful, and don’t mind seeing them get into a little pickle, you might like this one. Here are some images from the movie's page at Project SuperWoman (https://www.projectsuperwoman.com/): 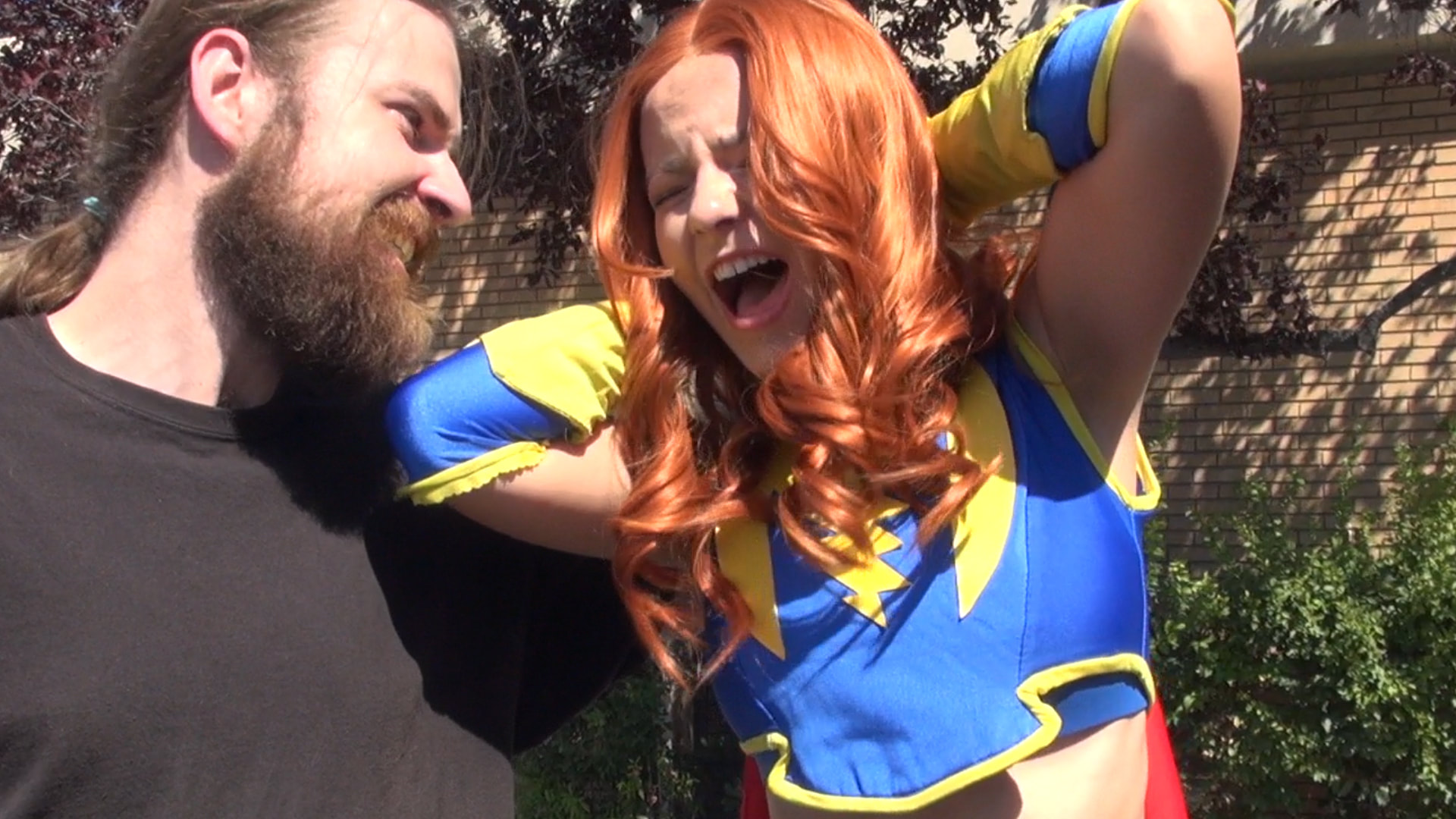 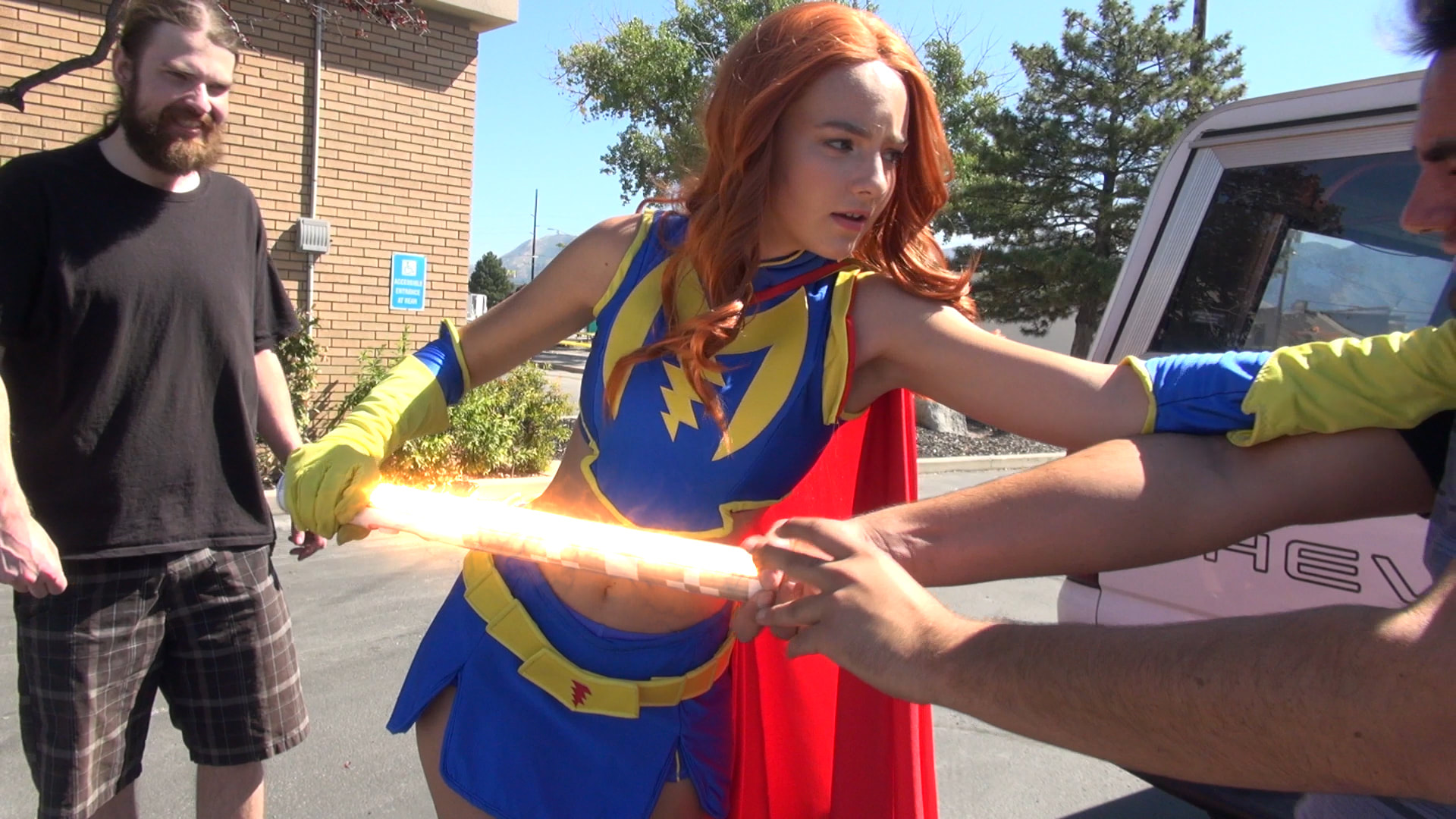 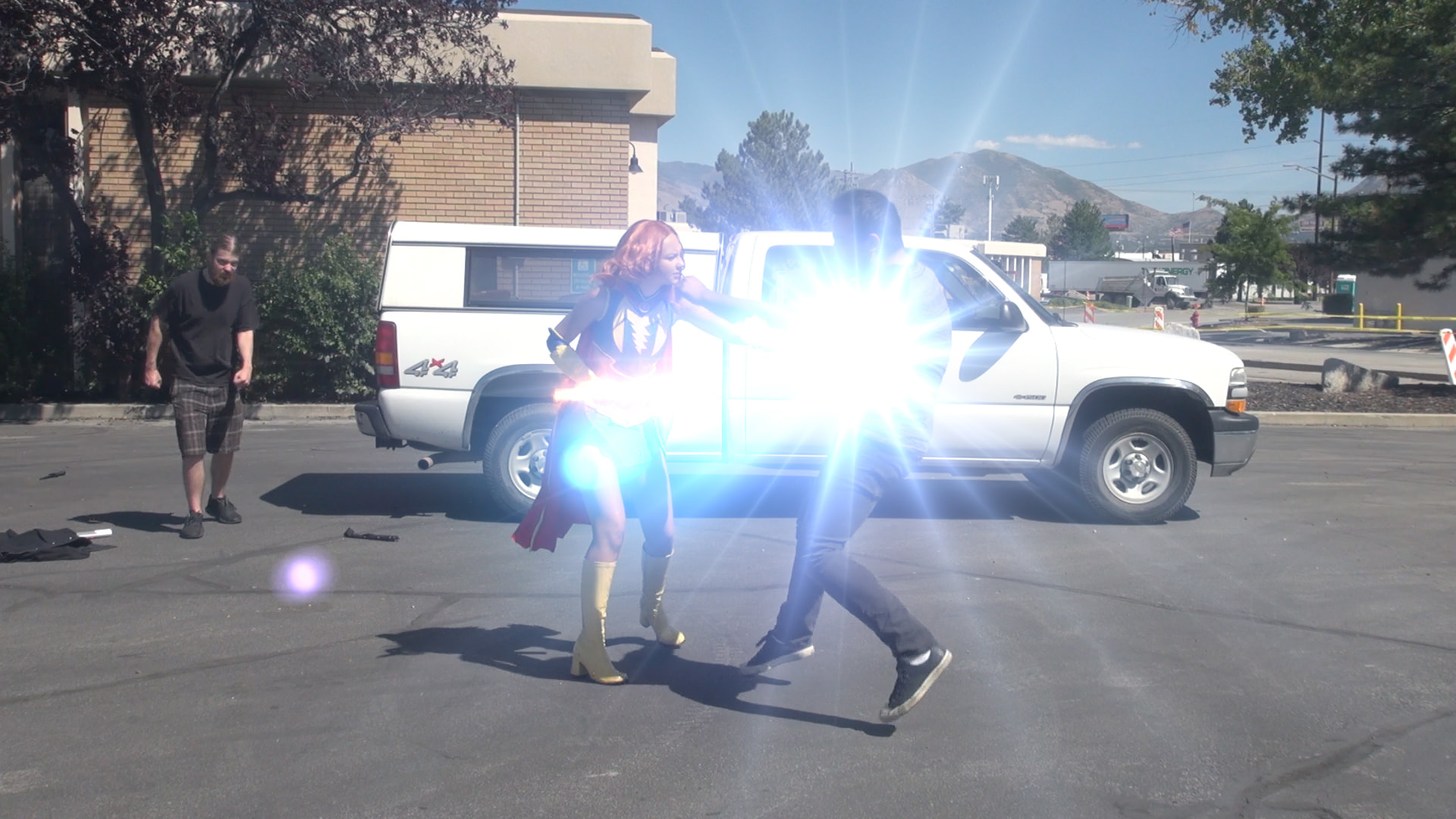