Dark Siren and the Mask of Lust

Dark Siren and the Mask of Lust 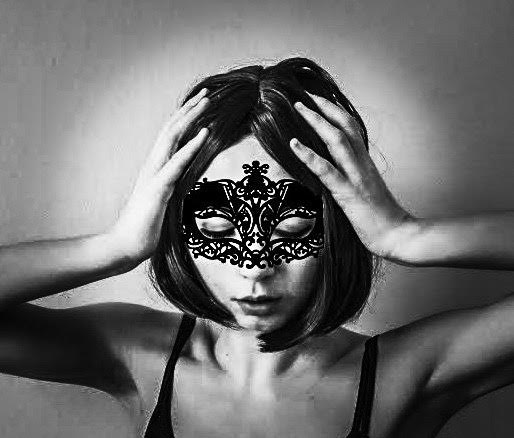 Dark Siren and The Mask of Lust

She stalked the building like a shadowy ballerina, dancing across the rooftops towards her destination. It was a hot summers night and this feminine creature often made love to the city with her body. It was such a rush, flaunting her sexuality in her tight revealing costume, whilst her identity remained masked to the public. It was a sight not too unusual for the citizens of Elms Croft city. …..was her name, but her alter ego was Dark Siren. Tonight her target was the city’s Museum. Her employers hired her knowing she was the best that money could buy for professional thievery. The recent display on ancient civilisations had become quite publicised. A mask forged from an unknown metal had been discovered. Archeologists had dated it back to Sumeria but many scholars believed it belonged to Atlantis. Or perhaps further back? How much of our history have we lost. Dark Siren never asked too many questions as long as she saw the zeros in her account.

She moved from building to building like an animal. A trained gymnast, martial artist and ballerina; she relied on her wits, body and gadgetry. These were the same traits of her nemesis and current infatuation; the Night Master. Not much was known about him. Was he the self proclaimed protector of the city or a criminal vigilante.…or worse…A terrorist? The constant jousting between the two for the past year was one that was rife with sexual tension.

Dark Siren knew that encountering the Night Master this evening would make her current mission difficult. A part of her just wanted to smooth job and the instant cash flow. Another part of her wanted to wrestle with him one more time. And she had dressed for the occasion. On such a humid night she decided to don her summertime outfit, albeit adjusted just in case she encountered the Night Master. Her bodysuit was strong and flexible however on this occasion it have been trimmed down to the bare essentials. Her breasts were covered whilst her long lithe arms and torso were exposed. Her black pants did the job in covering her crotch, and her utility belt was fastened tightly around he slender waist. Her long legs were also bare as were her feet. She decided to try out an experimental gel which she had rubbed into her skin which enabled her to scale buildings almost like an adhesive, increasing the power of her grip. She wore a mask that shielded her face from the public. As she soared like a bird, Dark Sirens short dark hair contrasted her pale porcelain skin glistened and she almost glowed like some ghostly apparition….or an angel from hell….Bright enough for the eyes of the man on her tail, the so called Shadow of Justice: The Night Master was going to make an appearance much to the satisfaction of Dark Siren.

Entering the Museum was like play. Using one of her bladed gadgets she made an opening in a window. The rest was just a matter of applying her pick locking skills. She moved as quietly as a leaf falling from a tree. She knew there were 5 security guards on display. All of them large burly bruisers. One by one she disposed of them. The first one with chloroform, another one with a knock out dart. The third she was able to sneak up on a use a number of nerve strikes. The fourth resisted a bit which meant she had go into jujitsu grappling mode. Her legs and thighs squeezing the large lean man like an anaconda. The guard was shocked, embarrassed and somewhat sexually tantalised as he was slowly rendered unconscious in a rear naked choke.

Dark Siren looked down from the floor that she was on and could see in the room beneath her was the ancient mask. It was placed on a stand. In order to not trip the alarm she dropped down slowly on a rope until she hovered just above the mask like a spider on a web. She made stealth an art form.
“childs play” She thought to herself. However the flawless Dark Siren had made a mistake. In her arrogance she forgot about the fifth guard. Located in the darkness he was ready. He sprung out like a beast and immediately grabbed her, absorbing her slender body into his bear hug grip. It was like a vice and for the first time in a long time, the Dark Siren felt weak.
“uuugh can’t get free, too strong” She thought to herself.
“stop struggling honey, it’s over. Now let’s have some fun before the cops come” he said as he squeezed and rubbed his hard cock into her tight black panties from behind. Dark Siren’s mind was in a panic and yet she was slightly aroused at the same time. She loved the adrenalin of the chase and a part of her loved getting caught and outsmarted. But by a worthy man, not some brainless oaf. Losing to this guy would be the worst humiliation. She knew that her strength would not be able to break her free from the horny beast. She would have to rely on her flexibility. Launching her kick behind her with momentum like a scorpion whipping its poisonous tail her big toe landed with an impact into the guards eye. He screamed and dropped her. Blood was gushing from his wound, but mercilessly the Dark Siren launched a barrage of strikes sending the large fool into a slumber.

Dark Siren needed to get her breathe back and she felt a little dizzy. Luckily the ancient mask was not knocked over, that would have triggered the alarm. She stared at it for a while. It was quite hypnotic. Shaped like a ghastly demonic creature. Beautiful and terrifying at the same time. Dark Siren had previously disabled the alarms sensors but had to remove the mask from the glass casing without alerting the final alarm connected to lasers inside it. She came prepared. Taking out a small tool from her belt she slowly crawled underneath. The tool charged up as she pressed its button and a bright red beam cut through the bottom of the display case. It was not long before she was able to remove the mask from beneath the casing. She slowly crawled out. Her firm muscular glutes were displayed for the few security cameras that were on. Fortunately for her she had previously disabled most of them but wanted the police, management and security to at least have something entertainment to look at. Little did she know, the eyes of the Night Demon were on her sublime curves. As she climbed out he was there, ready and waiting. Like a school teaching catching a pupil smoking. She turned around and could not believe it.

“How lovely to see you again Mr Night Master, or should I call your Master?” The Dark Siren said in a cheeky tone.
He stood at 6 foot 2, a body of pure muscle, dressed in his intimidating black costume that even covered his entire face. Dark Siren had always loved the mystery of him and longed to remove his mask one day. He was not too bulky, his body was long and lean; almost like a gymnast or circus performer that specialises in handbalancing or acrobatics.
“Enough games” he spoke in that deep vibrating baritone voice. “Please come quietly” he continued as he displayed some handcuffs.
“oooh I do like kinky times” Dark Siren responded, moving seductively accentuating her long slender curves. She was practically naked. Night Master seemed unimpressed and immediately charged forward to grab her. She laughed and backflipped. The two fought but it was almost a dance. There was something about their movements that suggested a playfulness and that Night Master was holding back. With the mask in her bag attached to her black panties, she used all her agility to escape the Night Master, reaching for the balcony above them both. She escaped through a window although a part of her wished that he would take her down forcefully. The Night Master pulled out his grappling hook and disappeared upwards like a demonic apparition. He was in pursuit.

She ran across the rooftops trying to make her get away. She turned around to look and noticed he was chasing her. This brought a smile to her lips. Like a Lion hunting a gazelle he ran after her. They bounced from one building to another throughout the city centre of Elms Croft, his cape opened up like wings of a devil. Moving like that was effortless for both of them. It was like parkour on speed. Suddenly Dark Siren came across a gap that was way too wide for her to scale. She fired a rope from one of her tools which attached itself to a metal frame enabling her to swing across. However it was still too wide and she had to rely on her almost superhuman agility to reach safety. Night Master however was way ahead of her. He came out of nowhere as she was somersaulting in the air. He came down on her like some ravenous vampire. In mid air he bear hugged her.
“I have you now” he said
She smiled and noticed how strong his grip was. But as they fell towards the rooftop of the building on the other side she stroked his groin area softly. It was quite a shock for the disciplined vigilante. As they landed she broke free and managed to kick him away. She dropped the mask. It fell to the side some feet away from both of them. “It would have to be a fight” she thought to herself as her eyes focused on the ancient artifact.

This is my first story here. Do let me know what you think. Your feedback is much appreciated

Posts: 4682
Joined: 9 years ago
Location: Land of No Hope and Past Glories

Haven't read it yet as I am working but one thing I would suggest is putting a space between the different characters speaking
So you have
'Hello?' '
' Hi, how ya doing? '
' Not so bad, you? '

BUT it's easier to read as

Obviously you have bigger blocks of dialogue but splitting it up makes it easier to read. I post a comment on everything I read but I don't have time to read much so don't fret if weeks go by, it's not a judgement on your work.
How strange are the ways of the gods ...........and how cruel.

Oh thank you very much that is so kind of you. I can see how that makes sense!
Top
4 posts • Page 1 of 1