Hello folks! Here we’re with a new comic of Scorpion Woman in “Laugh or Lust”…

“Uuuuuuuuuuuuuh….Uuuuuuuuuuuuuuuh” moaned SCORPION WOMAN…her blue eyes slowly opening in the slits of her black sticky mask… which covered the upper part of her beautiful face…as she announced her return to consciousness. Her temples throbbed as the Venomous Vixen tried to clear her head of the fog of fatigue which descended upon her…trying to make sense of what had happened to her… remembering the events which had taken place…prior to her visit to the realm of unconsciousness. 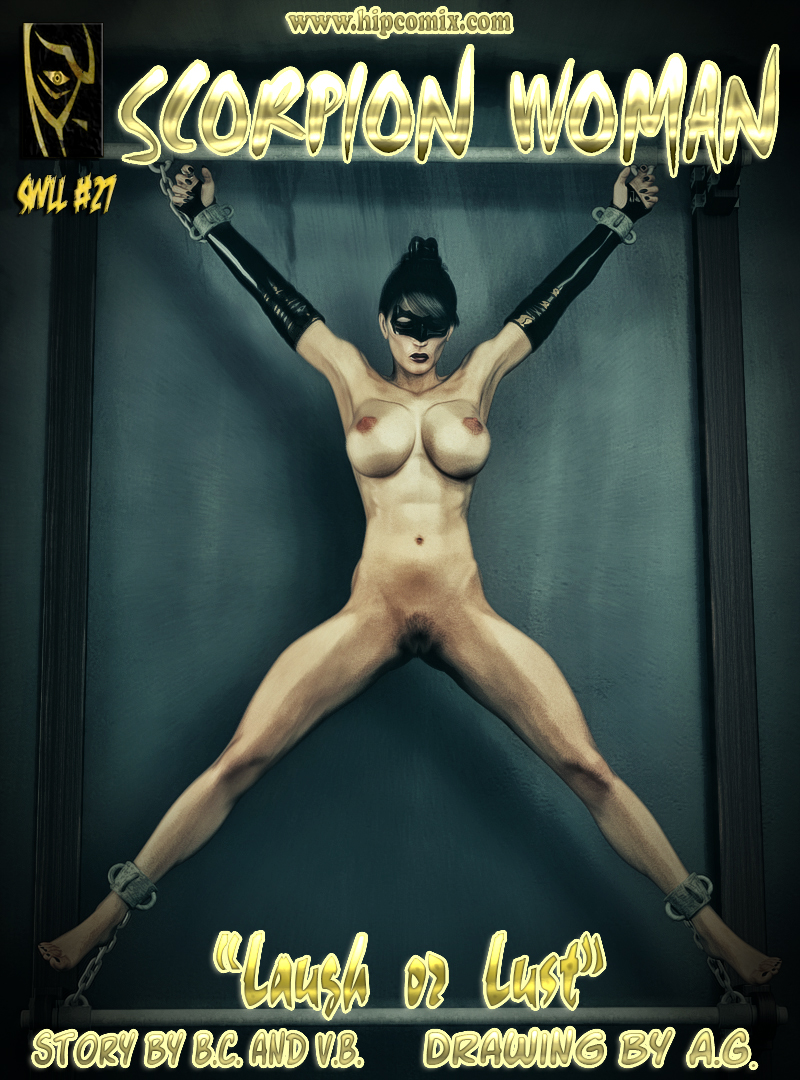