Hi folks! Here we’re with a special comic update of XGALs BLACK STRIX – Shutdown for all our HIPcomix fans and subscribers…

Trapped in her own laboratory, Tonya Starr, also known as the superheroine Ablaze is now in the hands of Dr. Sino and his fellow new assistant Crimson.

With her hot body soaked in the strange alien serum, Tonya falls easily in a deep sexual status and the expert hands of Crimson get soon her wet and ready for the Nanite-Implanter… the first step in Ablaze’s battle against domination.

Ablaze is still refusing to give access to her super-computer core systems to Dr.Destino. However she’s not aware of the plethora of kinky machines that Sino has set ready to break her will once for an all… and turn the brave superheroine in another faithful doll slave. 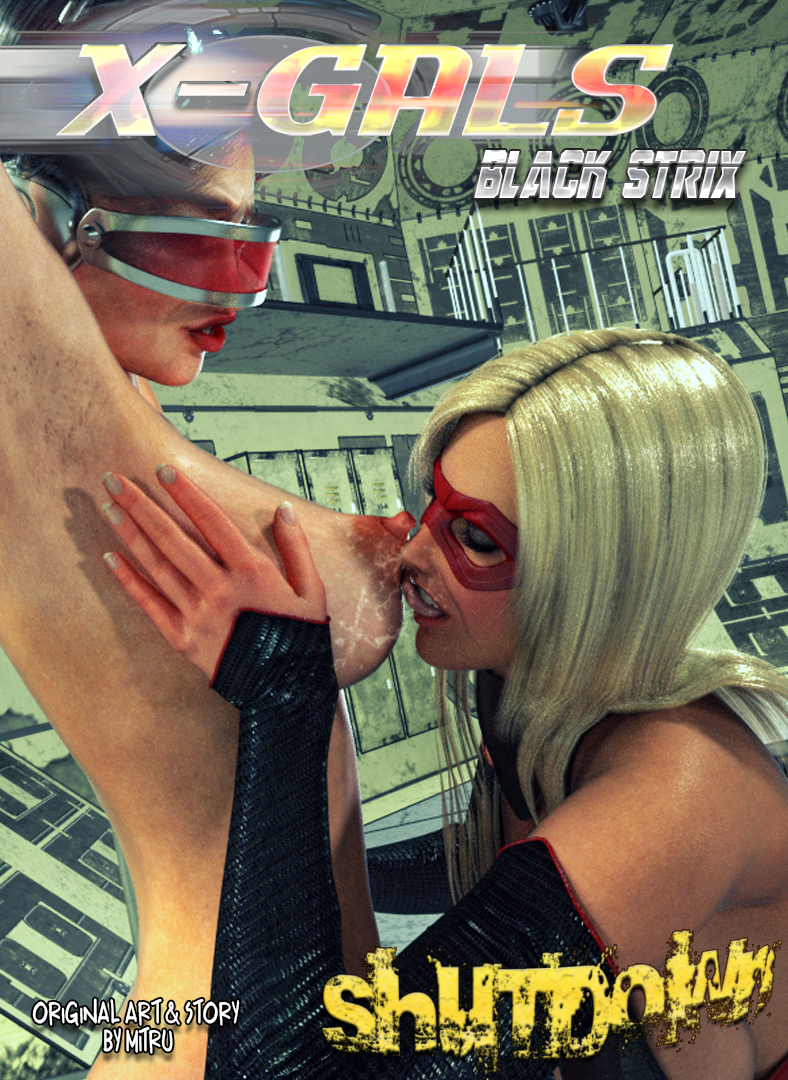