Hello folks! Here we’re with a new comic of Scorpion Woman in “Laugh or Lust”…

“Uuuuuuuuuuuuuh…Where…Where am I?…Uuuuuuuuuuuuuuuuuh…” moaned Scorpion Woman as her blue eyes slowly began to open in the slits of her black sticky mask which covered the upper part of her face. She felt incredibly dizzy… overwhelmingly fatigued…and unexplainably weak…as she tried unsuccessfully to clear the plethora of cobwebs in her jaded brain. As she struggled to reach a stage of semi consciousness…the Venomous Vixen became aware of her position.
She hanging in the air…her slender muscular arms were suspended above her shoulders… 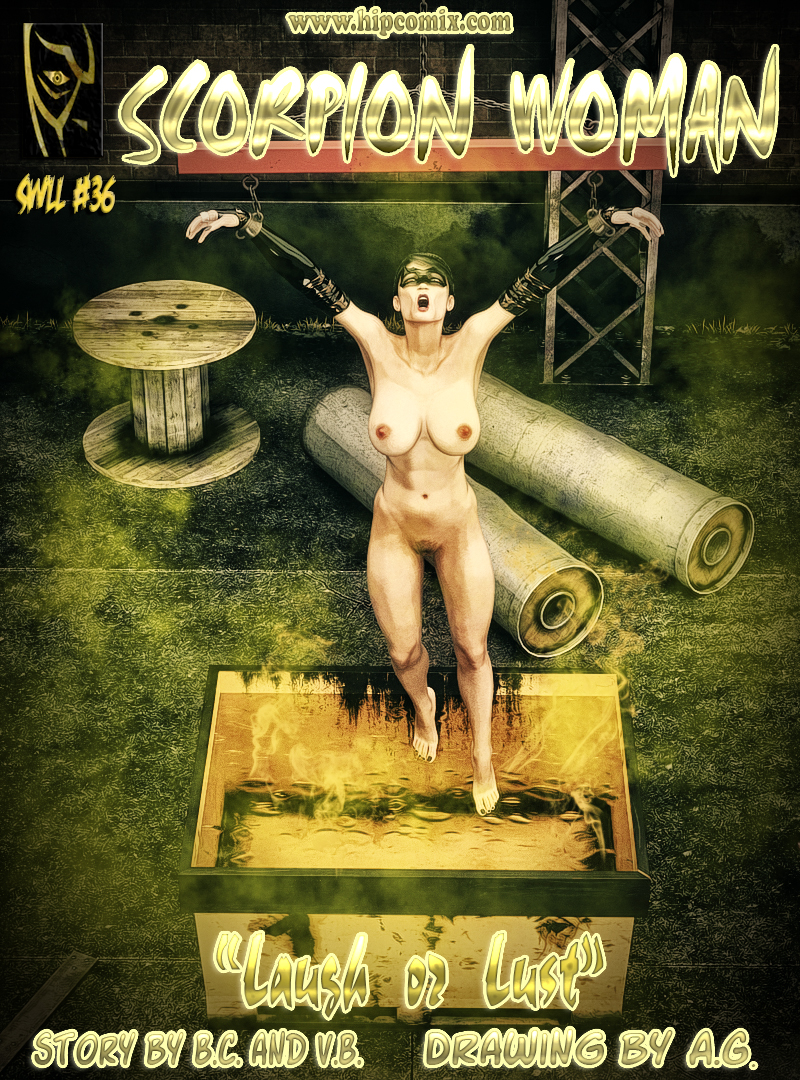