Hello folks! Here we’re with a new comic of Scorpion Woman in “Slaves of the Black Syrian”

Wearing a red cocktail dress…which highlighted her shapely ebony figure PAULA JONES did not look anything like the academic that she was.
A well known lecturer in criminology and history at the University of Detroit…Paula had opted for a night on the town…instead of one spent at her penthouse apartment in Lafayette Park…alone with a TV dinner. However as she sat alone at a table…having some white wine…taking in the performance of a live jazz band on stage… Paula had no idea that eyes were on her. 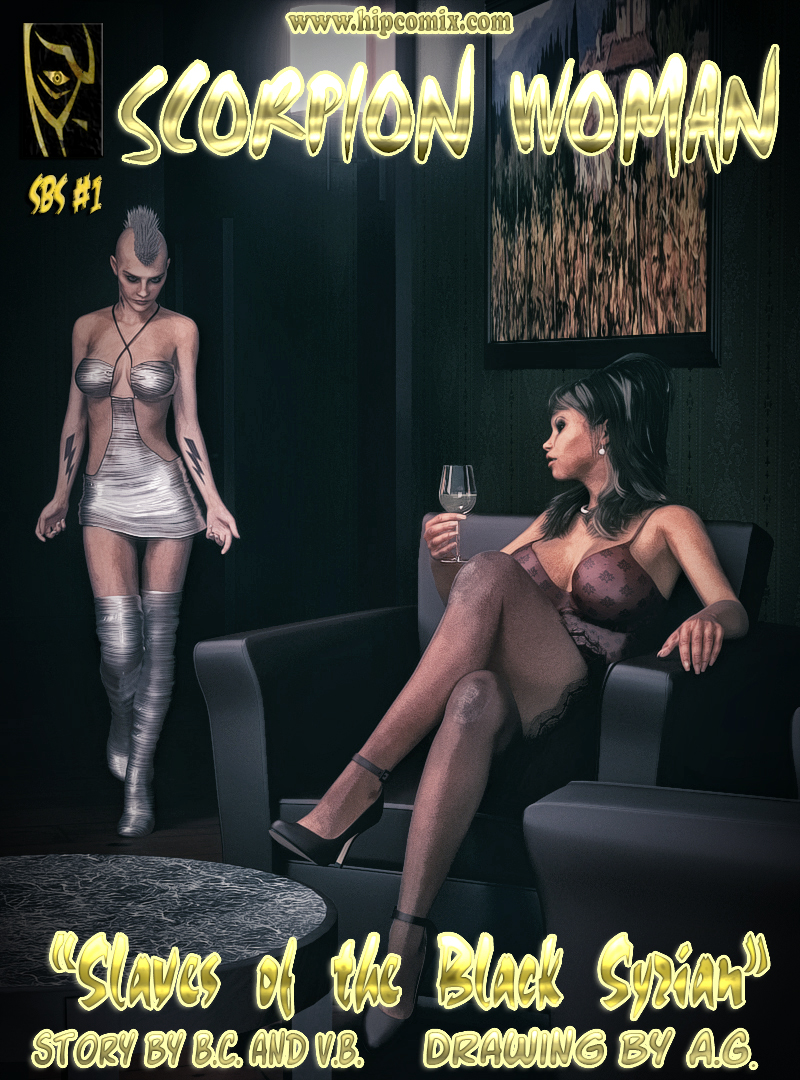