Hello folks! Here we’re with a new comic of Scorpion Woman in “Slaves of the Black Syrian”

Lying flat on her back in the rear of the moving van…her big black nipples in a state of hardness… her cunt throbbing slightly from residual pulses of electricity from Static’s arousal of her genitals…
Professor Paula Jones lay sprawled out on her back…trapped in a stupor of sex and sleep… as the van entered the underground parking lot of its intended destination…a 12 storey apartment building in the middle of this district…which was renowned as the home of many historical sites in the city. Owned by a real estate company that belonged to businessman and city councilman Mario Vanetti…this building was covertly known as THE HAREM…and had a very specific use. 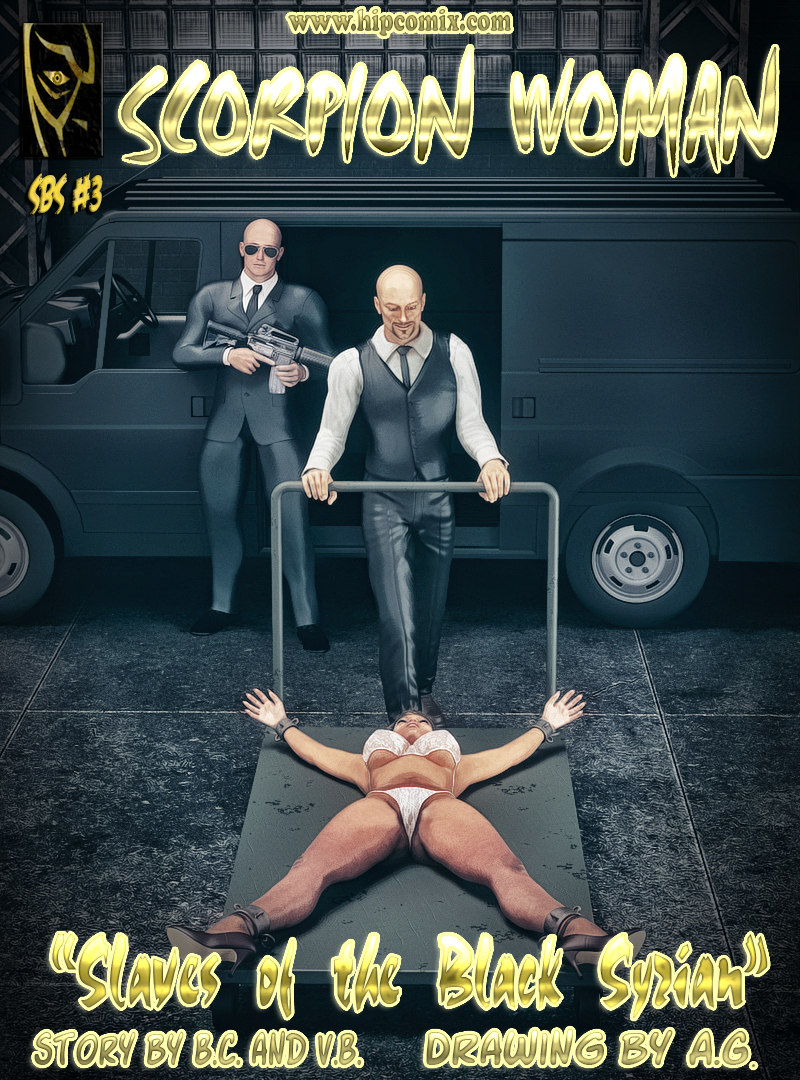