Trapped inside Duron's lab in The Hades Penal Colony and attached to the mind-probe long hours after, Astrarella is unable to distinguish virtualy and reality while the insatiable criminal crew persist in her endless spoil.

But despite the exploitment and humiliation, the brave space agent remains strong and unbreakable... so Duron's has to play his wild card to break the heroine. 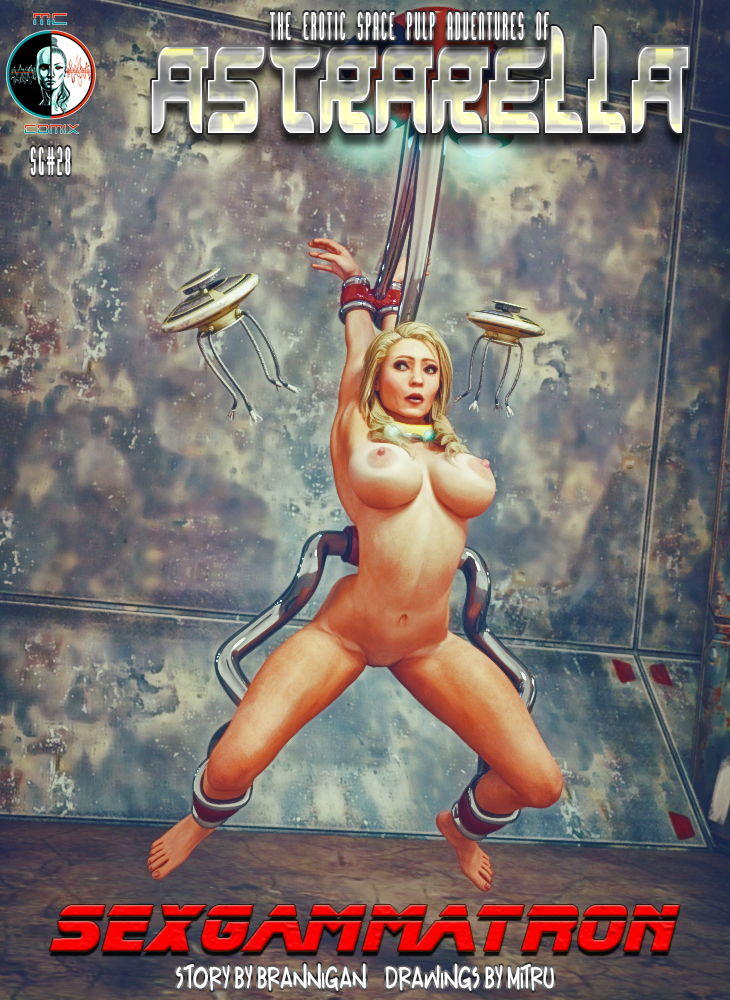