Soviet Girl - The End of Soviet Union #7 On Sale!

Soviet Girl - The End of Soviet Union #7 On Sale!

In our last episode we asked if things could get any worse for Soviet Girl. The answer is yes. Much worse. As the party commissar decides on Soviet Girl's fate with Doctor Dominika, the fanatical Ivana Drago continues to have her wicked way with the milking slaves that Soviet Girl and Gil Moon have become.
Soviet Girl discovers that her incredible regenerative powers can be a curse, as Ivana drinks Soviet Girl's milk to remain strong and horny, never tiring for a moment, while Soviet Girl's own body heals fast enough to be ready for more wicked punishment. An endless cycle of torment and arousal. But Ivana discovers that Soviet Girl's milk is more than good, it has a side effect of being somewhat addictive! Will that stop Ivana, or just make her hungry for more?
Will Soviet Girl get any respite, or might she even start to enjoy it? Will Dr Dominika ever get enough milk for her research? Find out in our latest exciting comic! 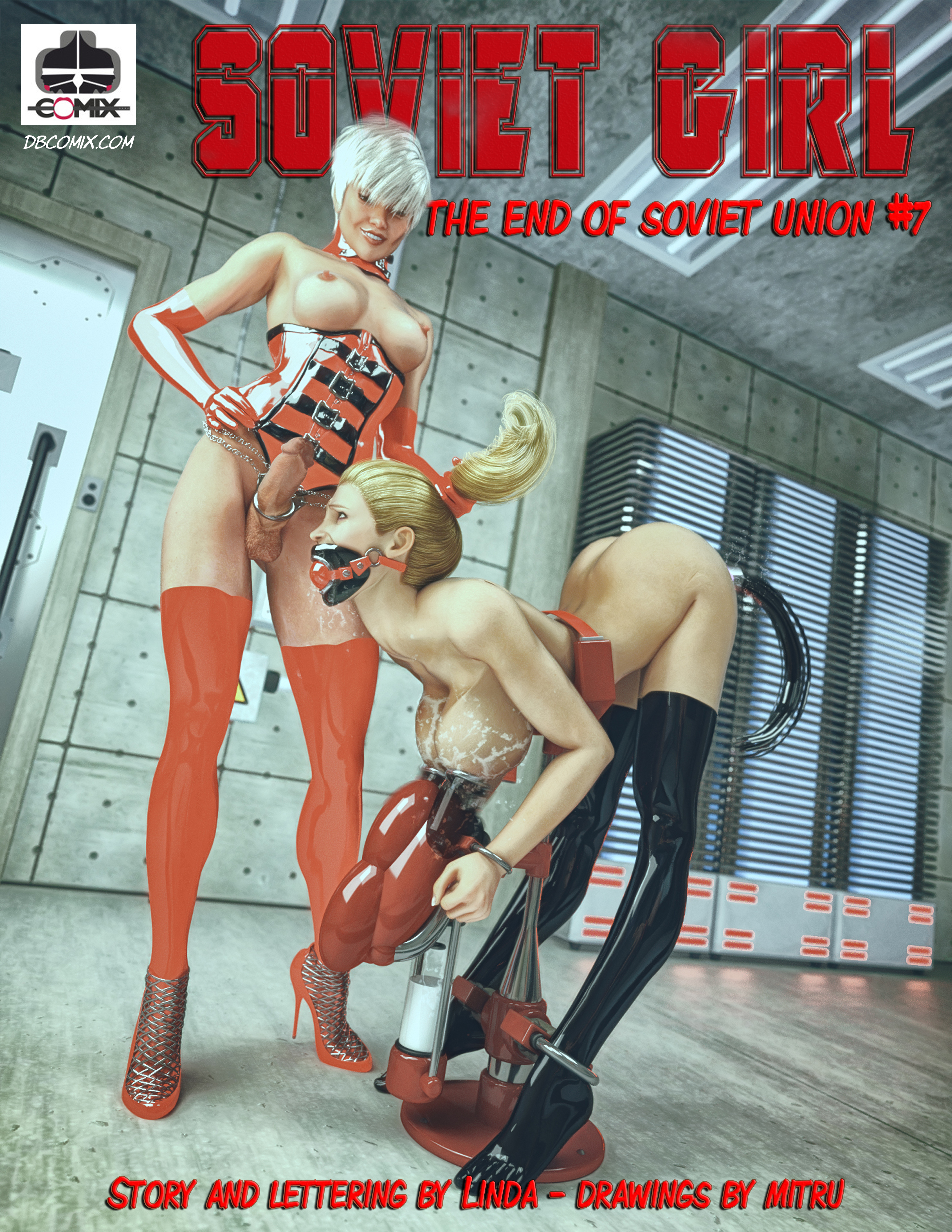