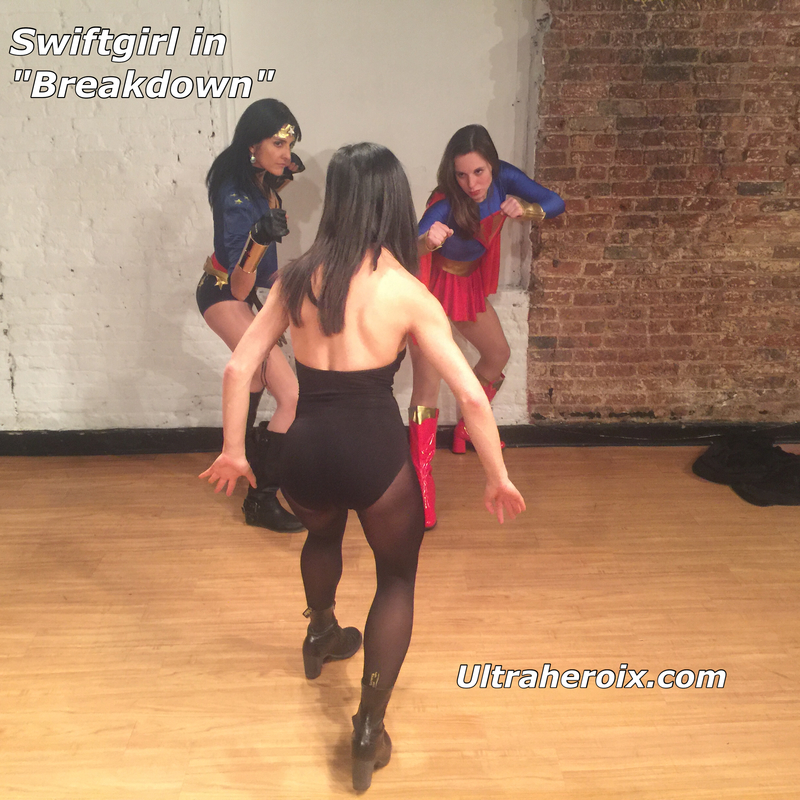 Hey Folks!
We are finally back with a new video, “Swiftgirl: Breakdown”. The last few months has been busy especially with the birth of my son so its been a time of adjustment. Now we’re looking to get things rolling again with a new Swiftgirl adventure, “Breakdown”.

Here’s a synopsis:
Swiftgirl finds her long-missing ally, American Amazon. Unfortunately, Mentallix has been able mentally manipulate the Amazon into becoming her slave. Mentallix uses her mental powers and American Amazon uses her strength and fighting Skills to double team and overwhelm Swiftgirl. There are Knockouts, wrestling holds, submissions, mental control and telekinesis that are used against our heroine as she tries to free her friend and defeat the villainess.”
We’re also in the process of updating the site by giving it a makeover so please bear with the looks while we’re fixing it up.

Check it out at http://ultraheroix.com

UltraGirl In The Clutches of The Black Cat! pt 2