Topics, links and pics that are interesting, weird, or irrelevant!
6 posts • Page 1 of 1

Such are promises
All lies and jest
Still, a man hears what he wants to hear
And disregards the rest Simon & Garfunkel
Top 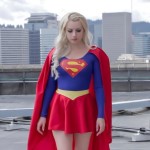 Damn, Norm was awesome. His storytelling and wit was top notch.

The more I learn about the guy, the more I care for him. :(
Top

I thought he was particularly funny. Watching him do Weekend Update on SNL, his style was so unique and different from anyone who had done it before or since. In my view, Norm was one of the greatest comedians that never quite found quite the right vehicle to show his considerable talents on a regular basis. I remember hearing at the time that Norm and others believed his firing from SNL was due to NBC exec Don Ohlmeyer, who was a close friend of O.J Simpson's, did not appreciate Norm's weekly incredibly funny jokes at O.J's expense, and a couple years later down the road took the opportunity to get him fired. Norm will be missed, he was exceptionally funny on a number of platforms and projects.
Top

Yes Bob, I heard the same thing. He was routinely and rightfully sticking it to OJ. He also had that great dry sense of humor. And yeah he never found his niche. He also did a lot of guest appearances like Death on Family guy.

Great interview in Canada by Norm's sister-in-law. How to avoid being unfunny.