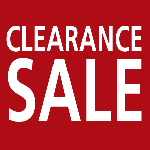 dpac777 wrote:Any news on how this project is progressing?

We are working on a feature film as well as getting our studio completely soundproofed. But once that's done, we will be moving into designing the costumes

Logan wrote:We are moving forward with a different scenario - with Kristina Hess & Tiffany Chase ONLY due to scheduling conflicts with more cast members. My question to you: what are your favorite costume types?

Costume: thigh boots and mini-dress for villains - that bit of thigh ftw, same for heroines but calf-length good girl boots.

Mainstream: it would be impossible for copyright reasons but in theory you could redo the 60s Batman series word for word except with Batwoman and Robinette in sexy costumes with the exact same physical perils - Batman was always being trapped and tied up - and then add some Barbarella-ish mostly innuendo level sexual peril - rescued just as Catwoman's hand is stroking up Robinette's thigh etc - and it would be very popular with a mainstream audience male and female imo (women I know all love the costumes).
Top

Congrats, this is good news! I have had thoughts and ideas for a superhero TV show HBO style, its about time that a more adult take on superheros happens, Alan Moore's Watchmen and League of Extraordinary Gentlemen were the only ones that come to mind. But bringing blatant superheroine peril to the mainstream is great! There have been a few examples but nothing blatant enough. I think cinema is dead and with the internet and TV shows extremely adult orientated nowadays theres lots of scope for innovation and creativity. Partnering with Hulu, youtube or netflix? good for you Logan! I remember Adi Shankar, producer of Dredd and writer of the Punisher short film Dirty Laundry saying that the mainstream film industry is dead and this is yet another example. Furthermore with 50 shades of grey making BDSM mainstream, its possible to play with many themes. I think an element of dark humour could work. The peril elements and violence is clearly not a problem with this project as its R, so its all about the storyline. In Marvel and DC I have always liked that fact that it is a superhero universe set in our reality albeit with various fictional differences, such as Gotham city/Metrpolis or the Savage land/Asgard floating over Oklahoma etc, at the same time whose roots in a WW2 golden age. Perhaps your project could be based on that concept. Maybe keep it simple, perhaps in one city. Only problem is that if it is sexual, it may need to explore all aspects of sexuality like Game of Thrones or even the Wire did. It would be interesting to know what you early ideas are.
Top
103 posts