I was modding tonight for Critical Blast which was touting a Kickstarter campaign
by Atrocity Press (Mary Machinegun, NeoTokyo, Teenage Ninja Bimbos)
for the #1 issue of HUMAN HUNTERS.

The "hunters" are immortal sexy lady monsters named Cleo, Freya and Kristine who go after humans as their prey
(hence the name of the series). The comic is created by MaxDeVill (from Kansas City) and Johnnie Reed.

Perks on the campaign include exclusive sexy variants, NSFW naughty prints, a cute bookmark and more.
The feel of the series is very much in the realm of the Avatar/Boundless Comics.
So if that's up your alley, consider backing this campaign which has a week left: (as of today) 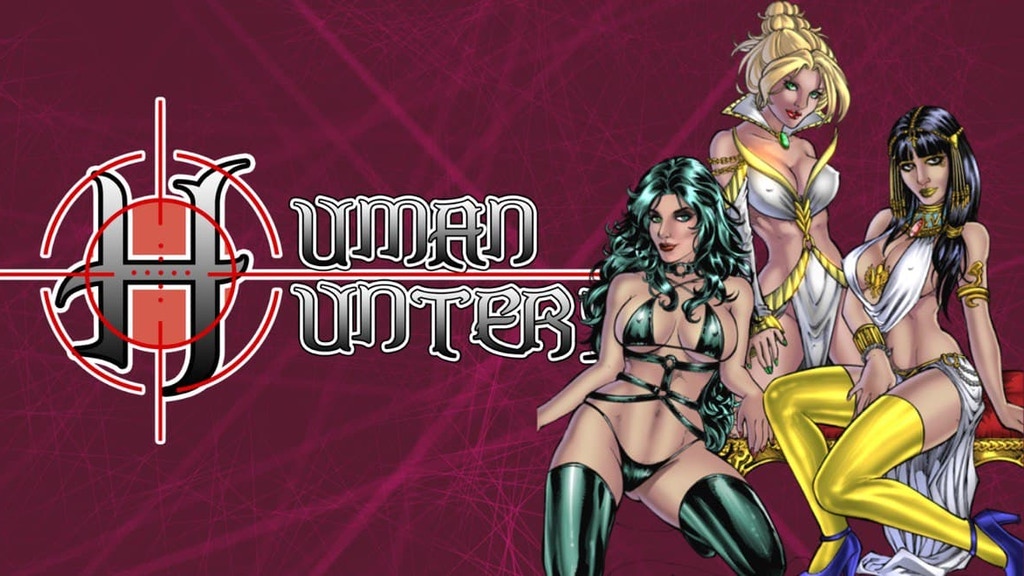